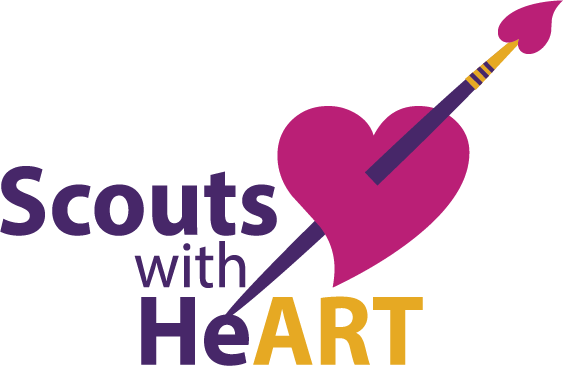 Evan Astrike-Davis, the vice president of Art for Hospice, is following in his sister’s footsteps (so to speak) in organizing Scouts with HeART, as a division of Art for Hospice. Last year (2015), Evan came up with the idea of having his Cub Scout Pack 495 make Valentine’s cards for local nursing home residents and hospice patients. It was a huge success. About twenty boys rose to the challenge to make over 100 Valentine’s in an hour! When Evan delivered the cards he met with each recipient to give them the card along with a hug, smile, high-five, and so on. As he visited with them, many elderly men and women told him about their own scouting days decades before. Some things have changed, but a lot has not. When he left the last nursing home, Evan said "This is the best Valentine’s ever! We have to do this again next year." So, Scouts with HeART was born, and now that it is next year, stayed tuned to watch it grow!

How to become a part of Scouts with HeART!

*Special thanks to the Cub Scouts and Cub Scout leaders of Pack 495 for making this project a success. And Evan sends a big shout-out to designers Claudia Fulshaw and Audrey Ward for their time in meeting with him to prepare the logo and promote his vision, and to Chris Johnson, a most awesome website developer. Thank you!